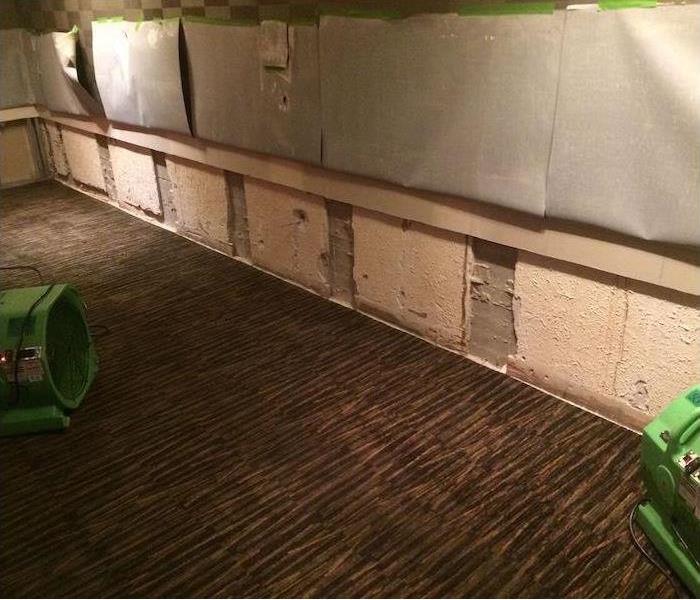 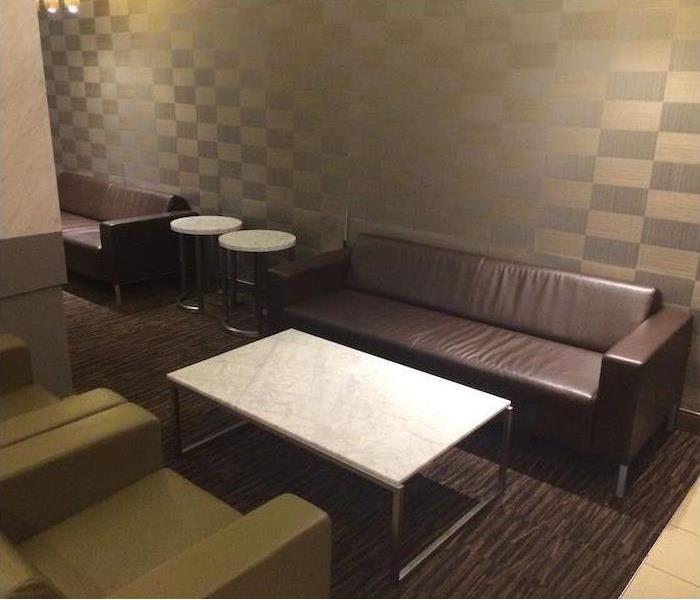 This Nashville motel sustained a mold infestation when the exterior wall had a foundation crack allowing water seepage to occur. The dormant mold spores produced hidden mold patches that began to wreak of that well-known musty odor. Our SERVPRO mold technicians removed the damaged framing and wall material and discarded them according to regulations. We carefully peeled up the wallpaper so that it could be reset after the mold remediation was complete. The polyethylene sheeting used for containment is not visible in this photo, but this prevented contamination to other areas of the lobby and also isolated our work from the paying customers. After applying anti-fungal agents, we dried out the area with air movers, dehumidifiers, and several hydroxyl generators to eliminate any lingering odors. The second photo illustrates our motto: "Like it never even happened."

View More Before & After Photos