SERVPRO of South Nashville: Smoking Hazards in the House 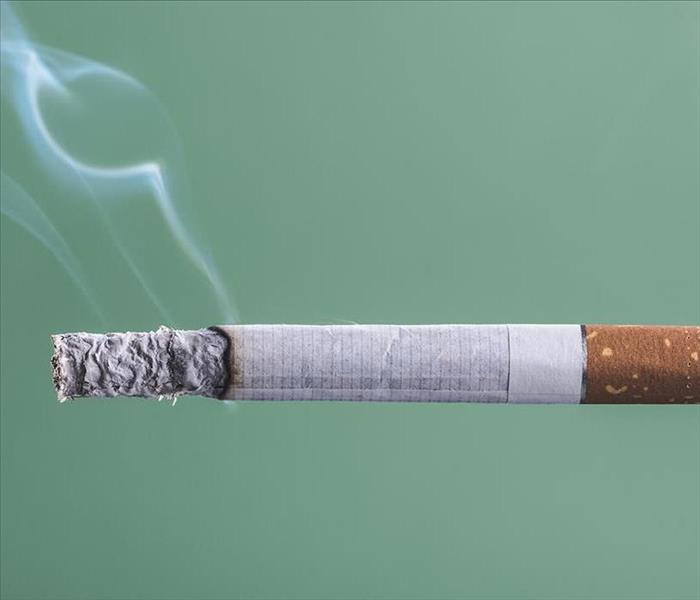 Smoking materials, including cigarettes, pipes, and cigars, are the cause of starting more than 17,000 home structure fires reported to U.S. fire departments every year! Fires from cigarettes and smoking materials cause nearly 1,000 deaths and 3,000 injuries each year in the U.S., according to the National Fire Protection Association. Find out what you need to know about keeping your home and family safe from smoking hazards in your home.

Smoke is a mixture of heated particles and gases, and it’s impossible to predict its exact make up. The items burned, the temperatures reached, and the amount of oxygen available all play a part in determining the type of smoke produced. While smoke may seem to dissipate quickly, the quick cooling of the particles leave a film and odor able to penetrate the contents of a building, and its structure.

The Importance of Smoke Detectors

Smoke detectors allow people to get up see what’s going on. Most the time when we have a fatal fire, there is not a working smoke detector. It’s important to have a safety plan that prepares you to think about where that fire is and how you’re going to get away from it, or get out of the house.

As the seasons change over into the next one, make sure to take the time to change out the batteries in your smoke detectors and test them as well. You don’t want to be in the position where you’re not able to detect massive amounts of smoke in your home until it’s too late.

Smoke damage is the physical damage caused by smoke that’s generated by a fire, not the damage caused by the fire itself. Smoke doesn’t destroy items like fire does, it just coats them with soot and a foul smelling odor.

Smoke damage is also a major health risk, whether it’s the result of a full on house fire or a localized fire that was contained to one room. During smoke inhalation, you have more carbon monoxide in your lungs which prohibits oxygen into your body.

Getting your Home Back After a Fire

No matter how a home fire occurs, it can be devastating for a homeowner to shoulder. If you are a smoker or live with a smoker, make sure to practice safe smoking habits to deter the onset of a home fire. If a home fire still arises, make sure to call SERVPRO South Nashville at (615) 331-0200 for a complete fire restoration consultation that helps get your home back into pre-fire condition.